Thompson-Herah and Fraser-Pryce make a statement at Pre Classic 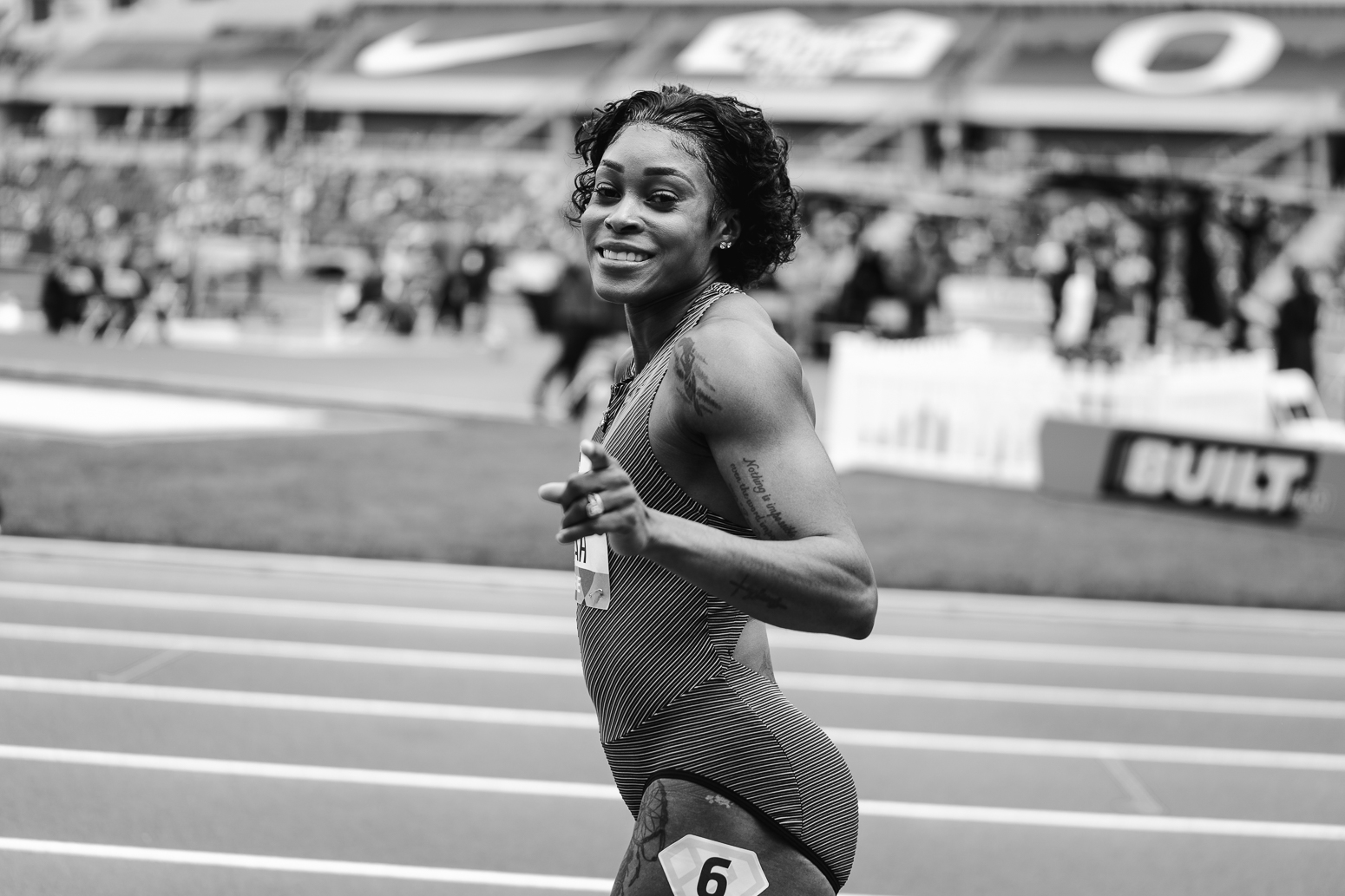 Jamaica once again dominated the women’s sprints at the Prefontaine Classic on Saturday. In the 100 meters, Elaine Thompson-Herah and Sherika Jackson placed first and third, respectively. In the 200 meters, Shelly-Ann Fraser-Pryce took the victory with a season best mark of 22.41.

It is not the first time that these three have stolen headlines. In Tokyo the trio swept the podium in the 100m at and Thompson-Herah won gold in both the 100m and 200m. All three were also a part of the Jamaican 4x100m relay team that brought home gold.

Even with recent success, Thompson-Herah and Fraser-Pryce see meets like the Pre Classic at Hayward Field at the University of Oregon as a chance to see where they stack up against elite competition.

“I think when you want to gauge yourself and where you’re at, you need to running solid races against solid competitors,” said Fraser-Pryce about how deep the field is in the sprints. “It’s always good and it definitely raises the game for female sprinting.”

When asked whether she felt the women’s sprints have become one of the must watch events in track and field, Fraser-Pryce noted a rise in the coverage, despite the competition always being fierce.

“It has always been the premier event, you guys just catch up late,” said Fraser-Pryce about the changes in coverage.

“The females were always putting it down and always showing up and competing meet after meet and we’re happy that we’re finally getting that recognition.”

The recognition is well earned, and a lot of it has been placed on her fellow countrywoman Thompson-Herah, who has drawn headlines in every race she has entered this season. She is looking to capture her first world title in July.

“It is a big goal. I only have gold medals from the Olympics. I call myself, ‘an Olympic baby,’” Thompson-Herah said after her second straight 100m win at the Pre Classic. “I really want to chase that goal for a world championship.”

Although she is coming off of two gold medals from Tokyo, this year has presented challenges for Thompson-Herah. She dislocated her shoulder and recently shared that she has been recovering throughout the beginning of her 2022 season. The shoulder is not 100% yet, but the win at Pre helps reinforce her championship mindset.

“I am a fighter. Every champion has something that they’re fighting or going through.”

Fraser-Pryce, a nine-time World Champion, couldn’t think of a better place than Eugene to host the Worlds in the Western hemisphere.

“It’s TrackTown,” said the three-time gold medallist as she pointed out how the fans in Eugene are in tune with the sport.

“It’s always good when you have the spectators who are excited about who’s competing and wanting to cheer you on.”

Both Fraser-Pryce and Thompson-Herah will look to return to Hayward Field in less than 50 days and add to their global medal collection.