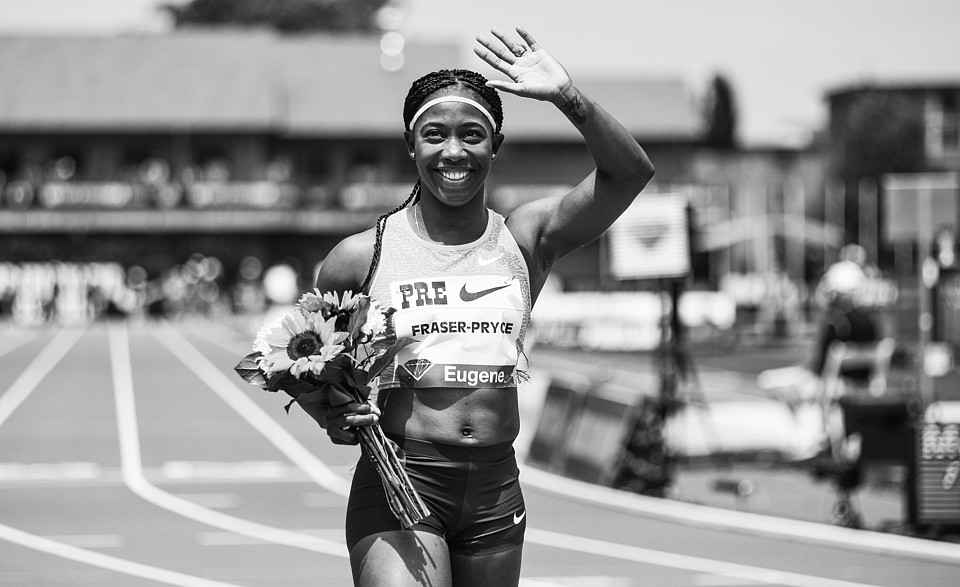 A sprint showdown is on deck in the women’s 200 meters at The Prefontaine Classic. Fans at Hayward Field at the University of Oregon will get to see the world’s best compete over half a lap in what could be a preview of the World Athletics Championships later this year. It all goes down May 28.

Shelly-Ann Fraser-Pryce will return to the Pre Classic in 2022, marking her 10th time competing at the meet since her debut in 2009. The Jamaican superstar has been a fixture on the world stage since taking Olympic 100m gold in Beijing in 2008. With a combined 12 gold medals between the Olympics and World Championships, Fraser-Pryce is among the most decorated sprinters of all time. In Tokyo last summer she earned silver in the 100m, gold as a part of the Jamaican 4x100m relay team, and finished fourth in the 200m.

Fraser-Pryce will have a rather talented lineup of women around her at Pre, including Shaunae Miller-Uibo. The Bahamian has already gotten off to a fast start in 2022, opening her season with 400m gold at the World Athletics Indoor Championships in March. Though Miller-Uibo has garnered the most medals in the 400m in her career, winning Olympic gold over the distance in 2016 and 2020, she cannot be counted out in the 200m, capturing three consecutive Wanda Diamond League 200m titles between 2017 and 2019.

The women’s 200m is set for Saturday, May 28. Seating along the homestretch is expected to sell out. Secure your seats today at PreClassic.com/tickets.