From Around The Globe: Pre Classic Men’s 800 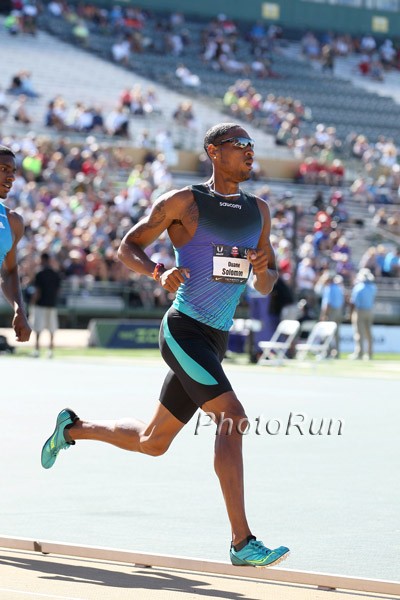 Reigning champions from four continents lend the men’s 800 meters at the Prefontaine Classic a United Nations feel. Or maybe it's a World Championships feel, as the last two No. 1-ranked runners are headliners.

From Around The Globe: Pre Classic Men’s 800

(The 41st Pre Classic, a member of the IAAF Diamond League of elite international track & field meets, will be held May 29-30 at the historic Hayward Field.)

Eugene, Oregon – Reigning champions from four continents lend the men’s 800 meters at the Prefontaine Classic a United Nations feel.  Or maybe it's a World Championships feel, as the last two No. 1-ranked runners are headliners.                 All but three racers in the field are current continental or national champions – the other three are merely the current gold medalists from the World Championships and World Junior Championships at 800, plus the reigning Olympic 1500-meter gold medalist.             Nijel Amos of Botswana, the 2012 Olympic silver medalist at age 18, is the  African Champion.  At 20, he won the IAAF Diamond Trophy last year and also was No. 1 in last year’s Track & Field News world rankings.  Amos is the world’s 4th-fastest ever at 1:41.73 – and at 18 the fastest ever by anyone under 20.  He won last year’s Pre Classic in 1:43.63 in his first-ever U.S. appearance.            Mohammed Aman of Ethiopia is the World Championships gold medalist, winning in 2013 at Moscow while a 19-year-old.  He is also a two-time World Indoor gold medalist (2012 & 2014).  Aman ranked No. 1 in T&FN’s world rankings in 2013, which was sandwiched between No. 2s last year and in 2012 (then just 18).  In a sign of how truly global this field is, Aman competes for Oregon Track Club Elite based in Eugene.            Two more current continental champs are Poland’s Adam Kszczot (Europe) and Qatar’s Musaeb Abdulrahman Balla (Asia), a pair of 1:43 racers.  Kszczot also has World Indoor medals from 2014 (silver) and 2010 (bronze), as well as European Indoor golds in 2011 & 2013.  Balla won the most recent Asian Championships in 2013.  The 2015 world indoor leader (1:45.48), Balla will be making his first U.S. appearance.            American Duane Solomon is the two-time reigning U.S. champion.  His 4th-place finish in the London Olympics was the highest by an American since Johnny Gray’s bronze medal in 1992.  Solomon was also a 2013 World Championships finalist.            Ferguson Cheruiyot is the National Champion from Kenya, the country which has produced four of the last six Olympic gold medalists.  He ranked No. 4 in last year’s T&FN world rankings.             Alfred Kipketer of Kenya won last year’s World Junior Championships as a 17-year-old in Eugene.  His winning time of 1:43.95 is the fastest at Hayward Field by anyone outside of  last year’s Pre Classic.  Even at 17, Kipketer was a member of Kenya’s winning 4x800 at the inaugural World Relays last year.  In 2015, he is still eligible for Junior records and has already clocked 1:45.0 at altitude in March.            Taoufik Makhloufi won Olympic gold in London.  That distance was 1500, matching Algeria’s most famous miler, Noureddine Morceli (1996).  Makhloufi, the most recent African 800 Champ (2012) since Amos, has twice ranked among the world’s T&FN top 10, a level Morceli never reached in this event.            Just this April, Andre Olivier won his third-straight South African title.  He will be making his first appearance in the U.S.  Olivier just missed a medal at last year’s World Indoors, taking 4th.            A sign of the quality of this global field—all but one of the competitors has run under 1:44-flat.