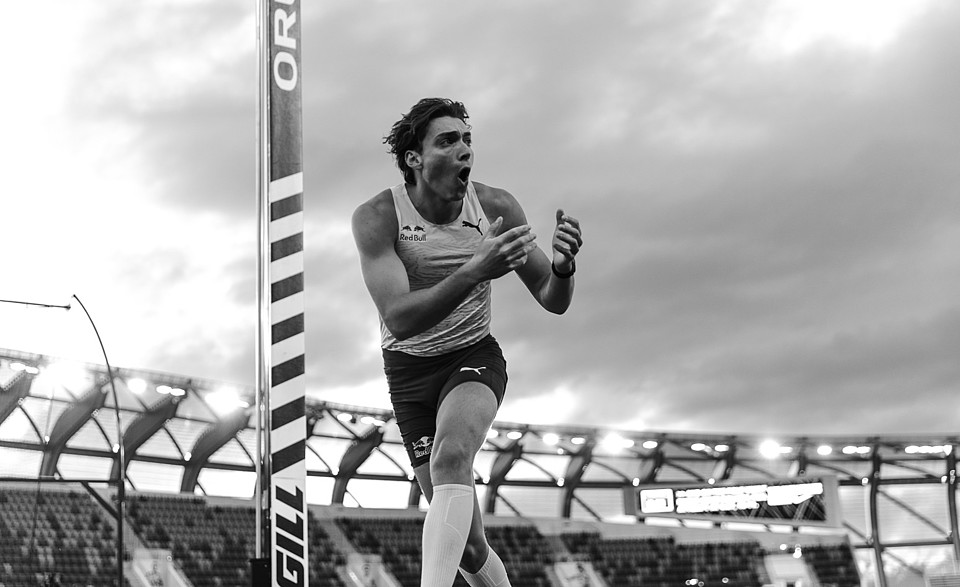 The Prefontaine Classic crowd was given a treat on Friday as Sweden’s Mondo Duplantis won the men’s pole vault with a winning height of 5.91m (19-4.75). The victory marked his second Pre Classic title after winning in 2019.

The Olympic champion opened his 2022 outdoor season at Hayward Field this weekend after the pole vault competition in Doha was moved indoors due to windy conditions. Duplantis had higher hopes for his opener after breaking the world record at the Indoor World Championships in March.

“I didn’t feel that great at all about my jumps honestly,” said Duplantis after the win. “I really felt like I took good jumps on six or seven. I don’t really even know how [the bar] came off.”

Even after a successful indoor season, Duplantis highlighted adjustments that he needs to make in transitioning to outdoor jumping.

“I was figuring out my run a little bit, trying to figure out the kind of the rhythm and everything like that,” he said. “That was probably the main thing of the inconsistencies in my jumps, but other than that, it was fairly smooth.”

Even though he didn’t perform to his standards, winning at the Pre Classic is still special for the phenom as his father, Greg Duplantis, won the pole vault here in 1992. The two share the unique distinction of being the first ever father-son duo to capture Pre Classic victories.

“That’s a very special thing, you know,” said Duplantis. “I wouldn’t be in the situation that I am in today without my father and so you know, it’s only right we can share one of these things.”

Along with surpassing his father in number of Pre Classic wins, Duplantis’ has quite the resume to boot.

The world record holder has won gold in the last two global championships, the Tokyo Olympic games and the Indoor World Championships, and has won the European Championships both indoors and outdoors. But there is one title that still eludes him.

“I’ve won the Olympics. I’ve won the European champs,” he said. “The outdoor world champs is the thing that’s missing, you know.”

With the focus on getting a world title this summer in Eugene, Duplantis will use his next competitions to find his rhythm.

“Just keep the training consistent,” said Duplantis. “Try to go into the meet and try to gather as much information to get the technique down on point and get the rhythm on the run and everything to where it comes championship time, I can just be flawless.”

With the outdoor championships being held in Eugene this summer, Duplantis’ jumps at the Pre Classic will be beneficial in helping the Swedish athlete get a feel for the reimagined Hayward Field.

“Check to see how everything is going into Worlds and gather as much information as I can because that’s the competition where I want to be really flawless and have the best performance of the year.”

Having grown up in the United States. Duplantis still understands the importance of having the World Championships in the U.S.

“I can’t think of a better place,” he said. “It’s one of the better stadiums that I’ve seen in my life actually. I think it’s going to be rocking.”

Duplantis will look to utilize the energy of Hayward’s knowledgeable fanbase later in July.

“I feel like I thrive off that adrenaline rush and I feel having the energy of the crowd so I think it’d be great to have more of a crowd here,” he added.

Even though Eugene will host the first ever World Championships on U.S. soil, the Louisiana native could only think of one other place deserving of hosting the event in America.

“Probably Baton Rouge,” he said with a smile.