Bowerman Mile Brings Back Its Magic For Pre Classic 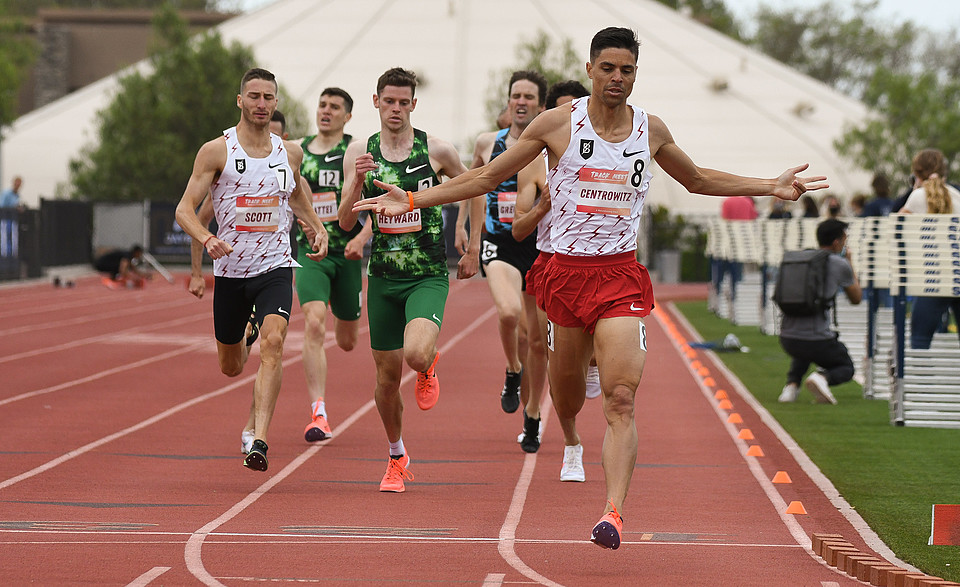 The iconic distance’s debut at reimagined Hayward Field at the University of Oregon will be graced by the event’s very best, including the reigning gold medalists from the Olympics and World Championships in Matthew Centrowitz and Timothy Cheruiyot.

Eugene, Oregon – Strap up, mile fans. The magic will clearly be back for the Prefontaine Classic’s traditional marquee event, the Bowerman Mile, the only race in the world to twice have produced five under the 3:50 barrier.

The iconic distance’s debut at reimagined Hayward Field at the University of Oregon will be graced by the event’s very best, including the reigning gold medalists from the Olympics and World Championships in Matthew Centrowitz and Timothy Cheruiyot.

Amazingly, that duo accounts for only two of the five sub-3:50 milers already confirmed for this year’s race.

To those barrier-breakers add 20-year-old Jakob Ingebrigtsen, who will return to the meet where he became the world’s youngest sub-4 miler.

Matthew Centrowitz, 31, showed this weekend he’s ready to defend his Olympic 1500-meter title, clocking a 3:49.26 mile for the fastest outdoor time ever by an American on U.S. soil. For Centrowitz, it was the fastest on any soil and moved him up to No. 5 all-time among Americans.

This will be the sixth Bowerman Mile for Centro, and his three previous outdoor mile bests came in this race. Joining the sub-3:50 club was a positive sign for the Oregon grad whose popularity went international when he won the Rio 1500 – the first Olympic title in the event by an American since 1908.

His dad, Matt, is a four-time winner of the Pre Classic 5000, setting an American Record the final time in 1982.

Timothy Cheruiyot, 25, has won the last two Bowerman Miles. He has also won the last three Wanda Diamond League Finals (most in the event for a man or woman) as well as the 2019 World Championships.

Despite his past success, he didn’t earn a spot on the powerful Kenyan Olympic team until the last minute, having finished fourth in Kenya’s Olympic trials. One of the placers ahead of him had to drop off the team, however, and Cheruyiot was added. In the interim, Cheruyiot produced a world-leading 3:28.28 to win the 1500 at the Monaco Diamond League meet.

Cheruiyot famously runs fast from the start, often not needing a pacesetter after 800 meters.

Miling fans know his PR of 3:51.30 – achieved in the 2019 Bowerman Mile – is low-hanging fruit this year, as his appearances in the mile are few and have competition from an additional event, the 5000 (in which he owns the world’s best this year at 12:48.45, merely a European record).

First names will be necessary again this year in the Bowerman Mile, thanks to a fabulous family of middle-distance running. Filip Ingebrigtsen, 28, is the fastest miler from a household whose oldest sub-4 miler has run 3:50.72 (Henrik, now a tender 30, in 2014).

Filip owns the only major medal in the competitive family, earning bronze at the 2017 World Championships. Most of his family bests (and Norwegian records) have been surpassed by Jakob, but Filip still owns the mile best at 3:49.60.

Australians have secured two spots in the Bowerman Mile – including previously unheralded Jye Edwards, whose multiple PRs this year include an eye-opening mile best of 3:49.27. His debut in the meet will be the same as countrymate (and fellow Olympic team member) Oliver Hoare, former NCAA 1500-meter champion while at Wisconsin.

Uganda’s Ronald Musagala is also confirmed. The Rio Olympic finalist lowered his PR to 3:53.04 and will be running his first race in the U.S. Britain’s Jake Heyward set his PR of 3:52.50 less than two weeks ago. He runs for OTC Elite based in Eugene.

Can it get better? Of course. Meet organizers aim for stellar fields in all events, and the current Bowerman Mile field can double in number, awaiting the results of the upcoming Olympics. It will only get better.

The Bowerman Mile is named for Bill Bowerman, a legendary figure in track & field history who co-founded Nike while coaching national championship teams four times at the University of Oregon (1962-70). Among his famous pupils was Steve Prefontaine, whom he guided to the Olympics. Bowerman passed away at age 88 on December 24, 1999, and the Pre Classic mile has been known as the Bowerman Mile ever since.

Tickets for the 46th annual edition of the Prefontaine Classic, to be held August 20-21 at Hayward Field in Eugene, Ore., are available at GoDucks.com. Purchase gains entry into both Friday night and Saturday sessions of the meet. All seats are reserved for both sessions.

The NIKE Prefontaine Classic will be shown live to an international audience by NBC on Saturday, and live-streamed on USATF.TV on Friday night.