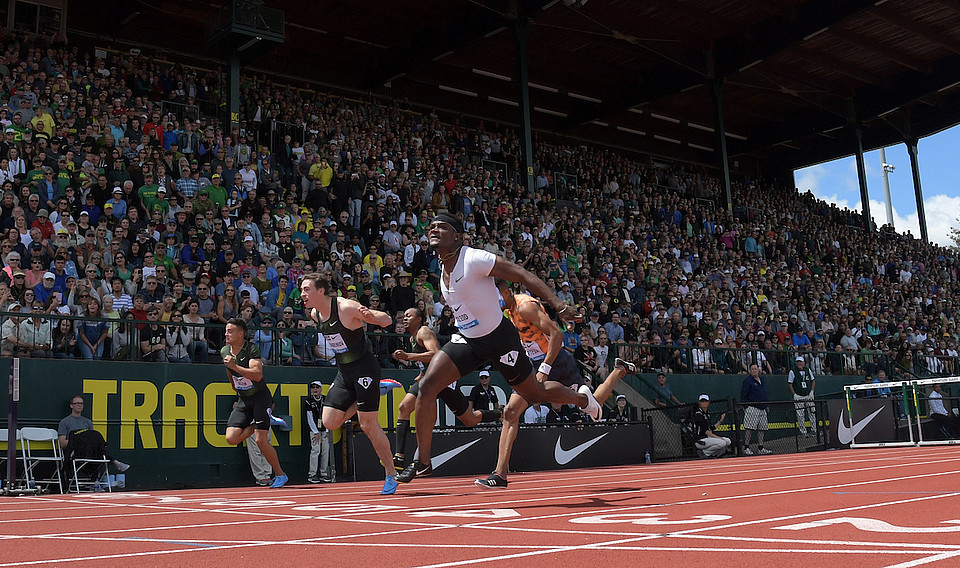 Stanford, California – The best in the world are confirmed for a stellar men’s high hurdles at the Prefontaine Classic.

While the lanes are graced with reigning gold medalists and No. 1 world rankers, one lane remains open, reserved for the competitor performing the best in the coming weeks. Whoever that is will be in rare company.

Sergey Shubenkov, 28, became the event’s first repeat IAAF Diamond League winner last year. He also returned to No. 1 in the Track & Field News world rankings for the first time since 2015, the year he won gold at the Beijing World Championships.

His 12.92 last summer was just .01 off the European record and one of his four sub-13 clockings, the most in one year since world record holder Aries Merritt in 2012.

Devon Allen, 24, was the top-ranked American last year after winning his third U.S. title by the thinnest of margins – .002. His other titles also had significance – in 2014 as a 19-year-old Oregon frosh, his NCAA/USATF sweep became the first such since Renaldo Nehemiah in 1979. Allen repeated the double again in 2016 and his 13.03 to win the U.S. Trials remains the fastest by an American on U.S. soil since 2014.
This year Allen went undefeated indoors, sweeping the Millrose Games and U.S. Indoor.

After two dominant years as the world’s No. 1, Omar McLeod found an opponent he couldn’t beat – injury. The 25-year-old won his third-straight Pre Classic last year before curtailing his season in early July, but the injury ended the Jamaican’s streak of three straight seasons with a sub-13 clocking – only Allen Johnson can also claim such a streak.

Ronald Levy, 25, rose to No. 3 in the T&FN world rankings last year, winning his first Jamaican title after a Commonwealth Games gold. Jamaica’s 3rd-fastest ever at 13.05, he was runner-up in the 2017 Pre Classic in his first year on the Diamond League circuit.

France’s Pascal Martinot-Lagarde, 27, ranked No. 4 in the world last year, his highest since a No. 1 in 2014 mirrored his Diamond League title at age 22. The two-time Pre Classic winner (2014, ’15) is the last man to defeat Shubenkov with a same-time 13.17 in last summer’s European Championships. He also owns two World Indoor Championships silver medals over the 60 hurdles.

Tickets for the 45th annual edition of the Prefontaine Classic, to be held June 30 at Cobb Track & Angell Field in Stanford, Calif., are available now by clicking here or at gostanford.com/tickets. Tickets can also be ordered by calling 1-800-STANFORD.