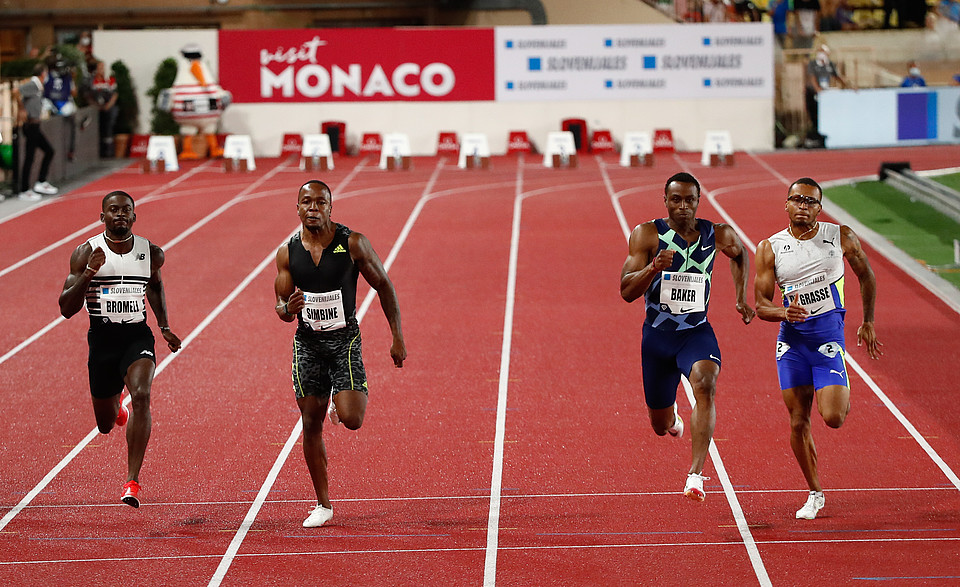 Stars from throughout the sprinting galaxy have confirmed to fill all nine lanes of the re-imagined Hayward Field on the University of Oregon campus. All nine have sub-10 PRs in a fantastic lineup.

Stars from throughout the sprinting galaxy have confirmed to fill all nine lanes of the re-imagined Hayward Field on the University of Oregon campus.

All 9 have sub-10 PRs in a fantastic lineup.

Fred Kerley, 26, earned Olympic silver in Tokyo, clocking a PR 9.84. Before this year he was known as a 400 star, winning the Diamond League in 2018 and earning bronze in the 2019 Doha World Championships.

Akani Simbine, 27, is the African record holder at 9.84. The South African was just outside of the medals in Tokyo, finishing 4th in matching his finish at the 2019 Doha World Championships.

Ronnie Baker, 27, is a 2-time winner of the Pre Classic 100. He lowered his PR twice this year to his current 9.83 at the Tokyo Olympics in finishing 5th. Baker has run sub-10 eight times this year with legal wind.

Michael Norman is youngest in the field at 23. He is the reigning Diamond League winner in the 400 who stretched out to 9.86 for the century in 2020 topping the yearly world list.

Justin Gatlin is 39 years old and made the U.S. Olympic Trials final for a fourth time. The 2004 Olympic gold medalist clocked 9.98 this year and owns the Pre Classic all-conditions best with a wind-aided 9.76 in 2014, one of his five wins in this event (and six including the 200).