Rai Benjamin: Lockdown has been an emotional rollercoaster 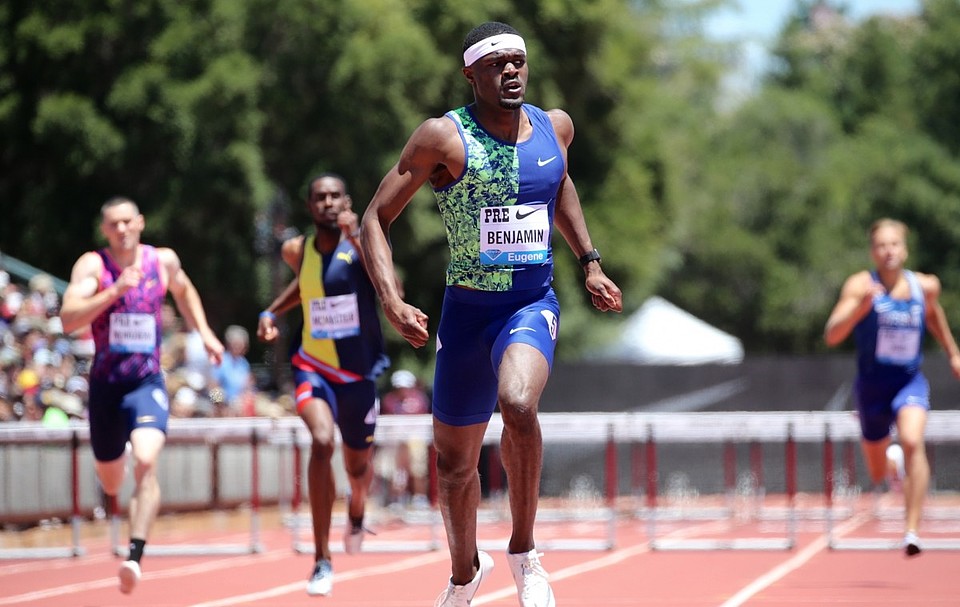 US hurdles star Rai Benjamin has admitted that the coronavirus lockdown has been an “emotional rollercoaster” in which he has struggled to keep himself motivated.

“I am frustrated because I was definitely prepared to run fast this year,” said Benjamin in the Eugene edition of the Wanda Diamond League Call Room, which is due to air on Facebook and Youtube at 20.00 GMT this Sunday.

“Our fall training was really excellent. We did a lot to be ready to race this season, especially as it was an Olympic year.”

“At first it was kind of depressing. You go to practice every day and you think: what am I working for? I struggled for a few weeks trying to find the motivation to do it.”

“But hearing that the circuit could possibly come back has given me the motivation again. It's been a rollercoaster ride of emotions.”

Benjamin narrowly missed out on the Diamond League title last season, despite running a jaw-dropping personal best of 46.98 in the final in Zurich.

Speaking of that narrow defeat to Norwegian rival Karsten Warholm, Benjamin said: “It was a crazy race. I remember every single step, every thought I had. That was the most I ever thought in a race. It was ridiculous.”

Tune in on Facebook and Youtube from 20.00 GMT this Sunday to catch the full interviews as well as the best highlights from a decade of the Eugene Diamond League.