Coleman: I want Olympic gold more than anyone else 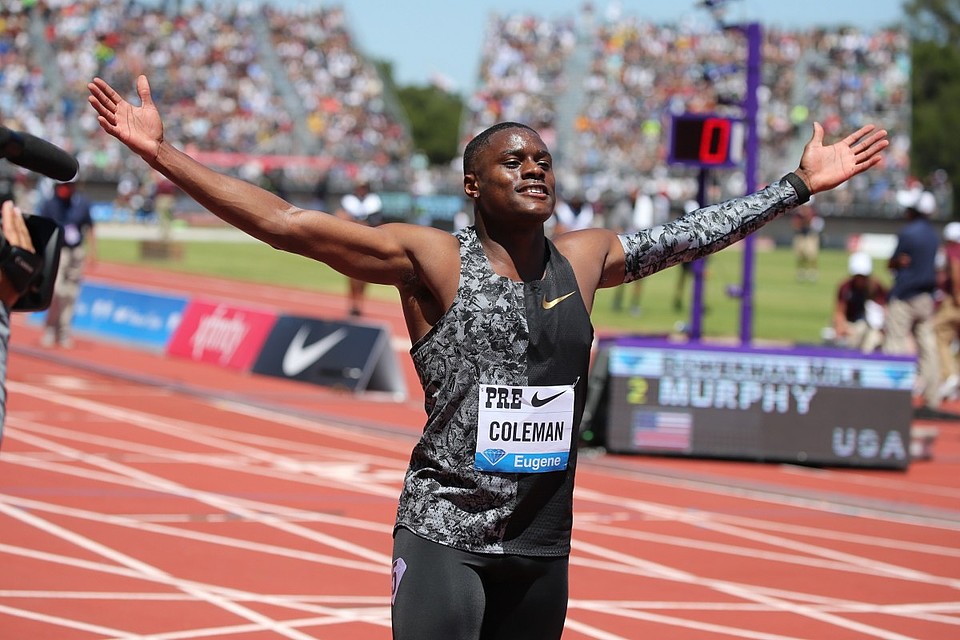 US sprint star Christian Coleman has thrown down the gauntlet to his rivals, claiming that he wants to win Olympic gold more than anybody else in the world.

“Man, I feel like I want it more than anybody else,” said Coleman in the Eugene edition of the Wanda Diamond League Call Room, which is due to air on Facebook and Youtube at 20.00 GMT this Sunday.

“I've been putting the work in and grinding. I want the Olympic gold medal as the result of my hard work.”

“That should be everybody's mindset, you shouldn't be afraid of putting yourself out there and saying this is what you want to do.”

“There can only be one winner, and I want it to be me.”

And the American believes that he can also make an impact in the 200m going forward.

I feel like a great competitor in the 100m, but also in the 200m,” he said. “One of the things I would say about my coach is that he builds his athletes up to compete at multiple distances.”

Tune in on Facebook and Youtube from 20.00 GMT this Sunday to catch the full interviews as well as the best highlights from a decade of the Eugene Diamond League.